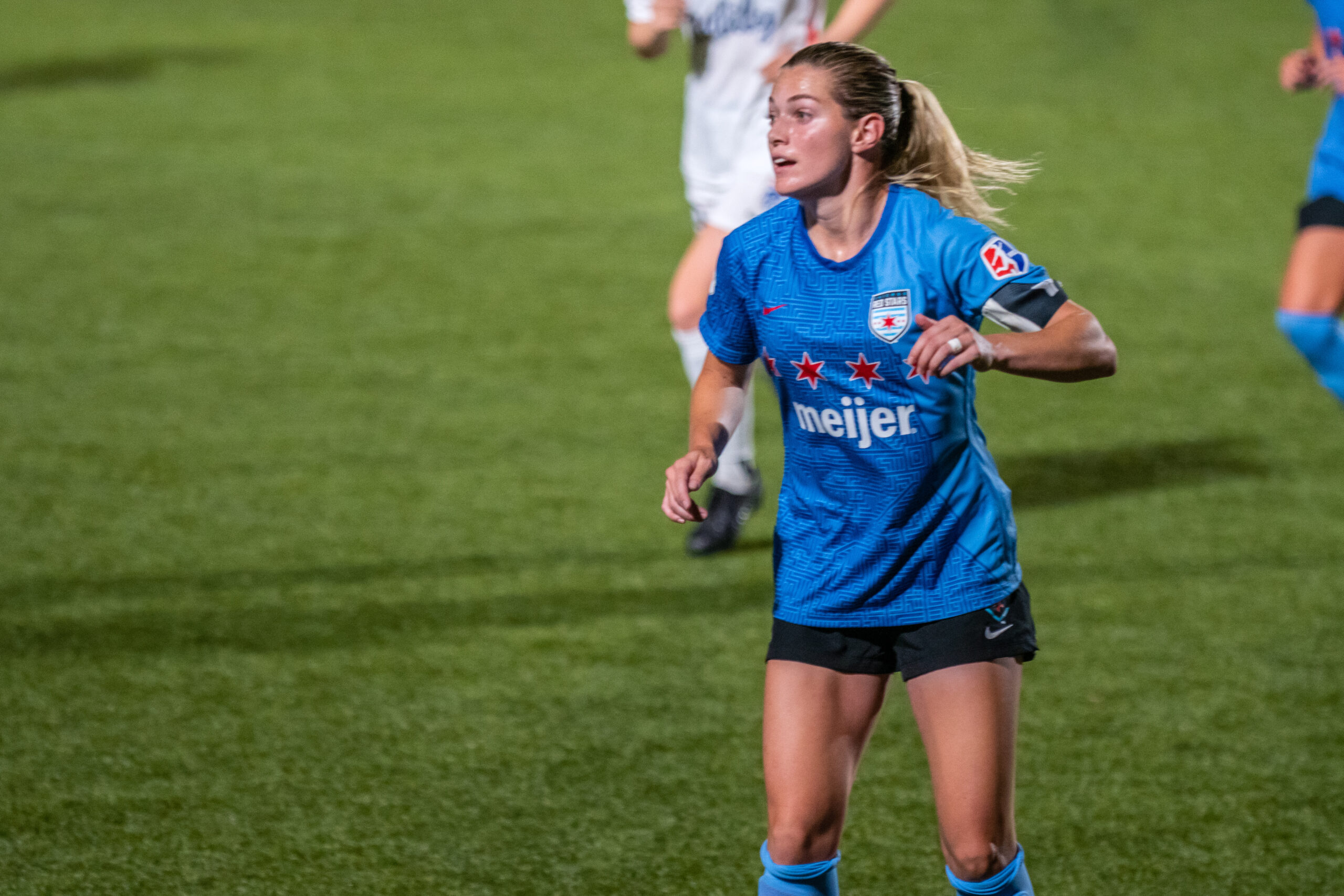 The Skinny: On Saturday afternoon, the Chicago Red Stars dominated the opening half-hour against the North Carolina Courage, while their counterparts were forced to sit back and absorb the pressure in a 1-0 victory for Chicago. In fact, the Courage were unable to get the ball out of their own half for long stretches of the first 45 minutes. And the pressure resulted in some dangerous looks on goal for the Red Stars. Courage keeper Casey Murphy was forced into action in the seventh minute, when she got a hand down quickly to deflect a Kealia Watt shot wide. Murphy made a diving save again on Watt in the 28th minute, but Rachel Hill put the ball past Murphy for the lead on the ensuing corner kick. North Carolina settled into the match in the second half, but were limited in attack, recording their first – and only – shot on goal in the 66th minute, a header from Lynn Williams that Alyssa Naeher was equal to.

One Key Moment: Chicago’s goal came in the 29th minute. After Murphy made a fantastic, full stretch save on Watt, Chicago floated in a corner kick that Morgan Gautrat headed towards goal. Murphy couldn’t hold onto the header, and unluckily, it was Chicago’s Hill that got to the rebound first. She tapped the ball in for the sole goal of the match. You have to wonder how much the oddly shaped shadow engulfing the south end’s penalty area affected Murphy on this one, as Naeher also appeared to struggle with a ball in the air at that end in the second half.

Inside the Game: Look no further than the box score to see just how much the Red Stars dominated on Saturday. While Chicago recorded 15 shots (eight on goal), North Carolina managed 10 shots, with just one (yes, just one) making it on target. According to American Soccer Analysis’ Arielle Dror, that was the fewest shots on goal the Courage have recorded in their history. Chicago’s compact midfield — especially Gautrat and Sarah Woldmoe — played a huge role in limiting North Carolina’s attack on the day. While the Red Stars continue to move on from their disastrous 5-0 defeat to Portland on May 16, the Courage continue to produce inconsistent performances, bouncing from a 5-0 win over Louisville last weekend to nearly producing no shots on goal a week later.