The world of sports is, without a doubt, extremely tense, especially when it comes to the more popular sports like football, soccer, and basketball, to name a few.
Naturally, the same tension transfers to sports stars as well. However, the only difference is that, despite their fame, glory, and riches, tension creeps into their family lives as well.

Without any notice, a well-known sports family can self-destruct in just a single day – in fact, this can happen in all high profile and stressful industries.
Ultimately, the downside is that tension and divorces, the things in question today, often get more attention than the stars themselves. Here are ten of the most famous sports star divorces ever!

Robin Givens and Mike Tyson
Tyson is more than just well-known – he’s popular for both his skill in the ring and for his incredible wealth. Given this success, people would assume that he is capable of maintaining long-lasting relationships, right? Well, he actually isn’t. His marriage with Robin Givens lasted roughly eight months, with the decision to divorce coming into the media on the 14th of February! Reportedly, his former partner claimed that Tyson was both sexually and physically abusive.

Brooke Shields and Andre Agassi
Unlike the previous couple, this one ended their relationship on good terms. They got divorced roughly two years after getting married, on the basis of incompatibility, which is clearly a good thing.
At the same time, they split their collective assets without the need of a trial and so without any scandal. In a press release/conference, they even said that they’ll remain best friends, even if their relationship is over.

Veronika Varekova and Petr Nedved
Here is yet another two-year-long relationship. Famous hockey player Nedved divorced Varekova in 2006. Even though apparently the issue in question regarded their general personal life together, it is believed that something else caused the divorce.
Reportedly, Varekova didn’t like how Nedved supported the career of his ex, and the latter answered that he’d like to keep the person in his personal life. Nobody knows what actually happened since they didn’t disclose the way their assets were split either.

Jeff Gillooly and Tonya Harding
Famous figure skater Harding was married to Gillooly for roughly three years, and she was in her teenage years at the time. The major turning point for their
relationship was the attack on Kerrigan, one of Harding’s rivals.
Due to that attack, Tonya got to eventually tell the press how her husband abused her and even threatened to kill her if she talked to the police. After their divorce, Tonya’s husband had to spend 6 months in jail as he was found to have taken part in Kerrigan’s attack.

Kristin Richard and Lance Armstrong
The start-of-the-century relationship of famous Lance Armstrong lasted only four years, having ended in 2003. According to Richard, she had an eye-opening experience regarding marriage and what means to be married to a sports star.
Richard said that, due to the nuptials, she had become a woman that didn’t feel the need to do anything else other than cheer for her husband. Eventually, they had tosplit their assets and each return to their individual lives.

Shaunie and Shaquille O’Neal
Being married to Shaq was not easy, especially when you are in a marriage and suspect that your partner is not just dishonest when it comes to financial records.
After all, the famous basketball player made roughly $20 million in a single year back when this particular marriage was still a thing, namely up until 2007.
Reportedly, Shaq’s wife at the time was even asked to provide concise financial records including everything she had obtained while the two were married. Even though their prenuptial contract is not for the public to see, we can assume that there were more than enough things to split during the divorce proceedings.

Cynthia and Alex Rodriguez
After roughly six years of marriage, famous baseball player Rodriguez reportedly abandoned his wife and children, thus calling for a divorce. Some sources suggest that Madonna was somehow involved.
Even though it’s still unsure who got what, the ex-partner of Rogriguez asked for custody of their daughters and wanted to ensure child support and tuition for them as well. At the same time, she also asked for living standards comparable to those experienced during the time they were married – in short, money to ensure an extremely decent lifestyle.

Juanita and Michael Jordan
This next marriage lasted a bit longer than all the other ones mentioned – quite a lot longer, to be honest. Jordan divorced Juanita in 2006, after a total of 17 years of marriage. However, it seems that the couple started having issues much earlier, in 2002. That’s when Juanita initially filed the divorce papers.
Eventually, the couple decided that it wasn’t in their best interests to remain married. As such, Jordan got back to doing his thing while Juanita took a more than generous settlement.

Andy Mill and Chris Evert
After 18 years of apparently blissful marriage, famous tennis player Evert and skier Mill decided it was time for their story to end. Why? Reportedly, irreconcilable differences were the main issue that they had.
Once the divorce ended, Mill got a nice settlement, a car, and a home, while Evert kept the custody of their three children and a Palm Beach house.

Laura Andrassy and Greg Norman
The last couple on our list ended things in 2007, after an amazing 25-year marriage.
But why?
Well, this particular couple knew Chris Evert, mentioned above, and reportedly she got in-between Norman and Andrassy. When confronted, Norman is said to turn aggressive, at which point Andrassy decided to end things with him.
Despite some difficulties, Andrassy got a sweet settlement – and, to top it all off, Normal did end up marrying Evert later on.

The Bottom Line
As you can see, trouble can brew even in sports star town – especially there! At the same time, marriages start and end every single day. One of the most common locations where they start, however, is in Las Vegas, as most of you might know.
Therefore, if you make a rushed decision in the heat of the moment and get married there, keep in mind that you can also rely on a Las Vegas family law lawyer to have your back in court!
Nevertheless, these divorces weren’t particularly special or outrageous. The ones involving regular people are often crazier! 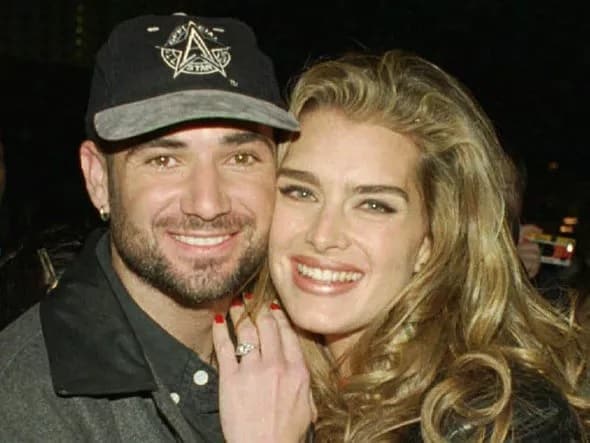 U.S. Olympic Track and Field Trials: What We Learned