This summer could prove to be a decisive one in the short-term future of Arsenal, with the club’s transfer dealings this summer potentially proving to either make or break the club for the next few seasons.

It had been widely reported that manager Mikel Arteta, along with director Edu, had been masterminding a £200 million spending spree, with a goalkeeper, full-back, centre-back, midfielder and striker top of the list of priorities.

It is believed that the club plan on building a squad around the likes of Kieran Tierney, Thomas Partey, Bukayo Saka and Emile Smith Rowe.

The Gunners completed their first summer signing last week, securing the services of former Benfica full-back Nuno Tavares for a fee of around £8 million.

Next on the club’s shopping list is a midfielder and, according to the Daily Mail, they have their sights firmly set on Leicester City’s James Maddison. 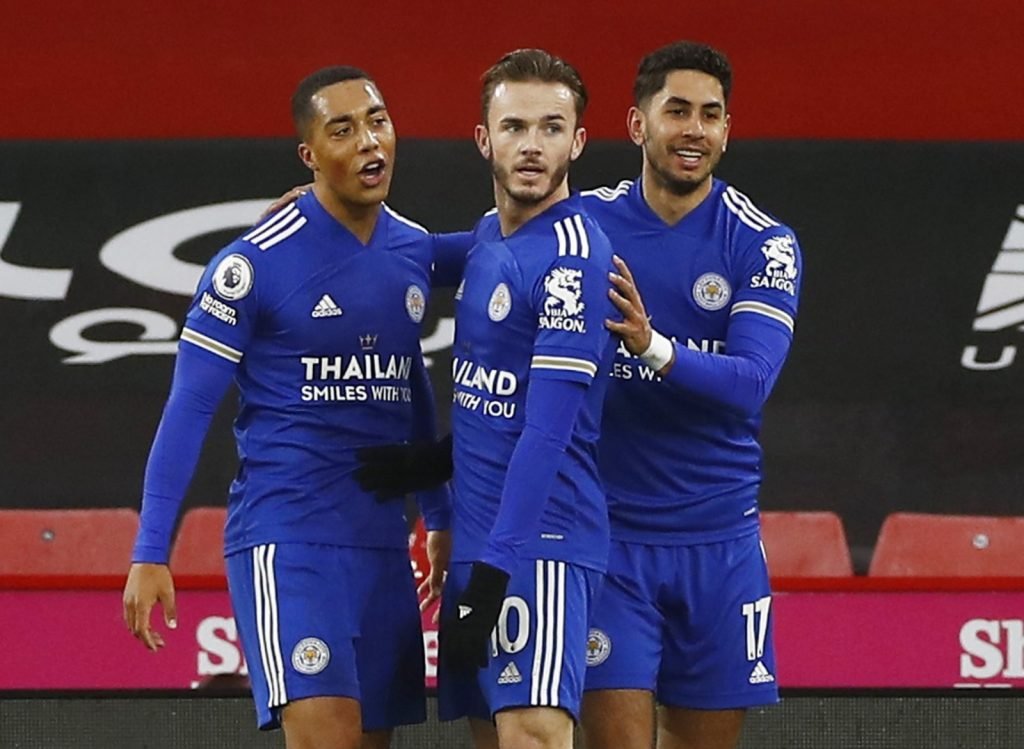 Maddison was part of the Leicester side that won the club’s first ever FA Cup.

The report suggests that Maddison is a top target for the North London club, and also states that they are considering using some of the club’s fringe players as bait to sweeten the deal.

It is believed that £50 million would not be enough to persuade the Foxes to part with the creative midfielder, however the Gunners are consisting the possibility of offering either Reiss Nelson or Ainsley Maitland-Niles in an effort to make the Midlands club reconsider.

The report suggests that Arsenal believe their Premier League rivals would be willing to negotiate, despite their reluctance to sell a player who has been pivotal to their recent success.

Nelson has just 12 months remaining on his current contract, meaning that Arsenal may wish to offload him now rather than lose him for free, and Leicester boss Brendan Rodgers is apparently keen on signing a wide forward.

The report also states that Leicester rejected a £70 million bid for Maddison from an unnamed top flight club last summer, and that the midfielder has since penned a new four-year deal, meaning the Foxes are in a very strong negotiating position.

Arsenal midfielder Granit Xhaka is expected to depart this summer, while midfield duo Martin Odegaard and Dani Ceballos have both returned to parent club Real Madrid after the expiry of their loan deals.

This means that Arteta’s midfield may be lacking creativity, and the Spaniard believes that Maddison, who has one England cap to his name, could be the perfect fit.

What is An Olympic Gold Medal Actually Worth?